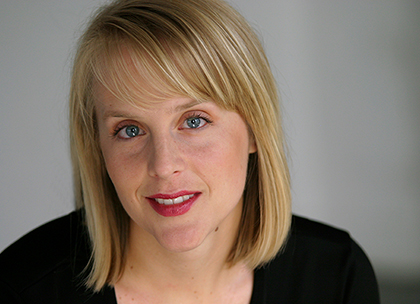 Danan Tsan is a versatile performer with a background in classical singing. When she isn’t singing the alto solos in Handel’s Messiah or recitaling, she is performing cabarets and new music in the Syracuse area. Tsan was in a chorus in the military (yes, she survived basic training) and was a featured soloist with Symphoria for their  holiday concerts.

Tsan has appeared with Syracuse Opera as Charlotte in Sondheim's A Little Night Music, Aldonza/Dulcinea in Darion and Leigh's Man of La Mancha, with Oswego Opera as The Mother in Menotti’s Amahl and the Night Visitors and Maddalena in Verdi’s Rigoletto, and starred as Fantine in the Baldwinsville Theatre Guild’s production of Les Misérables. Tsan has been featured with Symphoria, The Buffalo Philharmonic Pops Orchestra, The Cincinnati Pops, and The Naples Pops Orchestra with Erich Kunzel. With the Society for New Music, she plays the lead role in Persis Vehar's Pushed Aside (an opera about the life of abolitionist and women's suffragist Matilda Joclyn Gage), the role of Sorcerer, in The Sorcerer’s Apprentice, and as Daughter, in Michael Torke’s Strawberry Fields. She continues to be featured on recital and cabaret series around Central New York, including the OASIS series, and the Utica College Jackson Lunch Hour Series.

Along with being an accomplished classical singer, Danan has many original pop songs featured in films in America and Japan and her voice has been featured on many other songs for films. For instance, Danan sang the theme song to a full length feature film called King Lee (CinemaNational), and was the voice behind many of the songs included in the indie hit Chillicothe (Blue Yonder Films). She recorded an album with songwriter and collaborator, James Durham, under the name of Aeolian May, and the song Way Down South runs during the closing credits of the sci-fi film 95ers: ECHOES (Durham Films).

While living in New York City, Danan was in the ensemble for Timmy the Great with Savion Glover (off-off Broadway), lead her own award winning band (Top 25 albums of 2007 Indie-Music.com), and sang back-up for Chris Isaak and Wynona Judd.

She holds degrees from Southern Methodist University (BM, ‘97) and The Eastman School of Music (MM ’00).

Danan lives in Syracuse with her husband and 3 children. She currently is the Interim Director of Choral Activities at Hamilton College and teaches voice and directs the Singers and the Chamber Singers at LeMoyne College.